Longevity recipes from the island of Icaria, where people live longer than 100 years

The island of Ikaria in Greece is called one of the healthiest places on Earth. It is a place of "exceptional longevity". There are more than anywhere in the world of people who live to be 100 years old, while maintaining activity, a clear mind and health.

Blue zone: an island in the Mediterranean

The island of Ikaria is one of the "blue zones" - that is, places on the planet with exceptional life expectancy. There are 5 in total: the Okinawa Islands in Japan, part of the island of Sardinia in Italy, the community of the Seventh-day Adventist Church in Loma Linda in California, USA, the island of Ikaria in Greece and the Nicoya Peninsula in Costa Rica.

Scientists have noticed that on the island of Ikaria every third person lives to be 90 years old and more than anywhere else people who have crossed the 100-year mark.

While many factors known to us contribute to a long life (for example, eating right, exercising, and some red wine to relax), scientists have identified 7 of them that turned out to be the most effective when studying the lifestyle of the inhabitants of Ikaria. 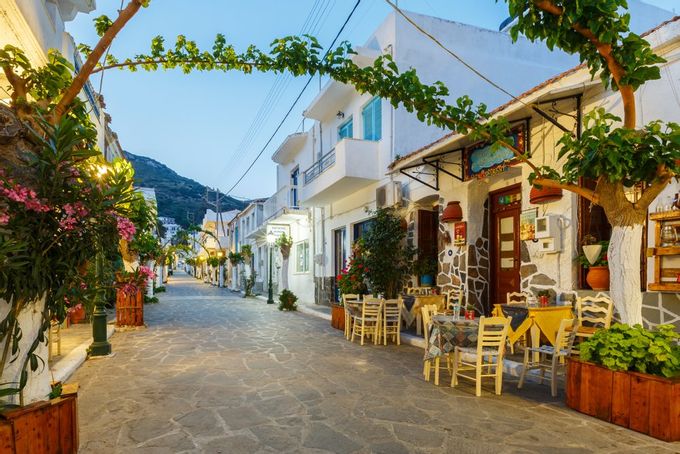 "You don't need to live in Greece to be long-lived," said Dan Buettner, a National Geographic journalist who has studied the Blue Zones for many years.

There are many mountains on the Island of Ikaria. And it is the mountain lifestyle of the Icarians that is one of the secrets of their longevity.

“Inhabitants of the Blue Zones climb up and down hills throughout their lives until old age. This helps them maintain muscle mass and mobility for many decades, ”says Stephen Gundry, MD, cardiac surgeon.

Dr. Gundry suggests hiking more often, going up and down stairs, and doing exercises like sit-ups and push-ups.

“It's also important to work against gravity in training. This gives a greater load to the muscles, making them stronger, ”adds the expert.

“The main thing for gaining longevity is local fresh food,” says chef Max Fischer, who lives on the island of Ikaria. He often prepares food from freshly caught fish. “Because when you eat right, everything in your body works as it should.”

Icarians follow the Mediterranean diet, a style of eating that is high in vegetables and fruits, whole grains, fish and seafood, olive oil, beans, and sweet potatoes.

3. Learn how to make herbal teas 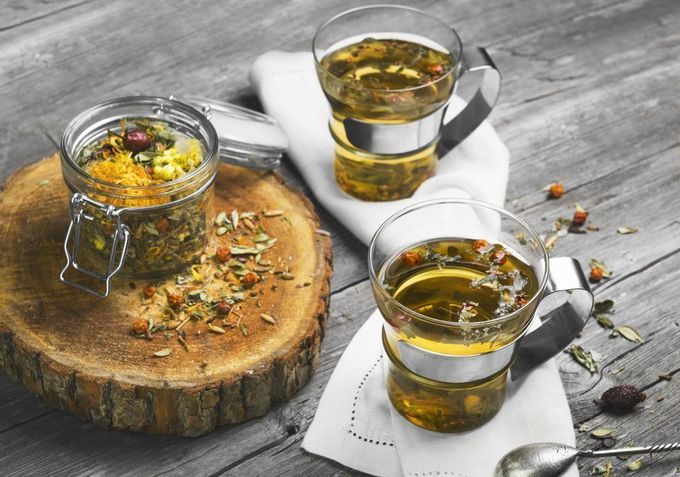 People in Ikaria love to drink teas prepared by their own hands. On fine days, they themselves collect raw materials for this - flowers and leaves of plants.

Scientists have found that drinks made with Icarians' favorite herbs—rosemary, sage, oregano, basil, and lemon verbena—are loaded with antioxidants.

In addition, they act as a diuretic and maintain normal blood pressure levels.

4. Take a break in the middle of the day

Take a cue from the people of Ikaria and try to get at least a little nap in the middle of the day! Numerous studies show that people who take a nap every day for several minutes, thus arranging a short break for themselves. Have a 35% lower risk of developing heart disease and premature death.

Scientists believe that the effect is due to the fact that naps reduce the level of the stress hormone in the body, thereby preventing excessive stress on the heart.

And according to the doctor of medical sciences, neurologist David Perlmutter, naps also improve mood and cognitive functions (in particular, memory), and reduce inflammatory reactions in the body.

The inhabitants of Ikaria are Greek Orthodox Christians. Their religious calendar requires them to fast for almost half of the year. On fasting days, they limit the calorie content of their regular diet by about 30% and refuse meat and dairy products.

In addition, they adhere to intermittent fasting. That is, they eat a big hearty breakfast and a small dinner. During the day, they refuse to eat, taking a long break.

Jill Barron, MD, Integrative Medicine Physician, says there is a strong link between intermittent fasting and longer life expectancy. However, it is impossible now to say with certainty that a long life is a consequence of intermittent fasting. Additional scientific research is required.

People who fast at least 5 days a month for three months have better health. Such conclusions were given by a 2017 study published in Science Translational Medicine.

On the days of fasting, the participants of the experiment consumed an average of 800-1000 kcal per day, due to which all markers of diseases of the cardiovascular system decreased: blood pressure, blood sugar and cholesterol levels returned to normal.

6. Chat with friends and family 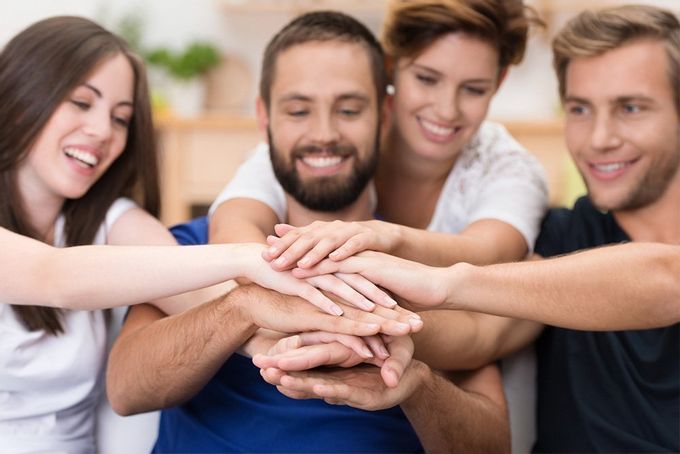 Man is a social being. “Isolation increases stress in the body and increases the production of chemicals associated with inflammation and reduced life expectancy,” warns neurologist David Perlmutter.

Centenarians in Ikaria pay much attention to communication with their loved ones. This motivates them and those with whom they maintain strong social ties to live longer, be energetic, and continue to eat healthy food.

For the people of Ikaria, depression is an unfamiliar, even exotic word. They lead an active life and simply do not know how to lose heart, be sad or mope.

Surveys conducted by scientists among men showed that many members of the stronger sex aged 65 to 99 have a moderate sex life. Therefore, it is safe to say that lovemaking is the path to longevity.

Be healthy and live long!

Why people in Ikaria live so long?

Of the thousands of tourists visiting Ikaria each year, few have failed to ask why the island's inhabitants live so long, muses Pylaras. Perhaps the answer is stress—or the lack thereof . Perhaps it's diet, perhaps genetics, perhaps some completely unknown factor, or maybe it's a combination of all of them.

What is the Ikaria diet?

The Ikarian diet especially emphasizes legumes, wild greens, potatoes, goat milk, honey, some fruit, and small amounts of fish . This plant-based diet focuses on local produce and appears to be a key to longevity. With more than 150 varieties of wild greens all over the island, there is plenty for the picking.

Which island has the longest life expectancy?

Ikaria, the island where people live longer than just about anywhere else in the world. Here, there are more healthy people over 90 than any other place on the planet. Greece's beautiful remote island of Ikaria has been named one of the healthiest places on earth and is a spot of exceptional longevity.

What is the average life expectancy in Ikaria?

Natives of the Greek island Ikaria have remarkably long life-spans. On average, they live an astounding 8 to 10 years longer than Americans , are 2.5 times as likely to survive to 90, and are less likely to develop Alzheimer's.

Why is Greek life expectancy so high?

Greece has been traditionally counted among the top countries in terms of life expectancy, mainly due to the country's Mediterranean diet and the warm and sunny temperate climate .

What is the typical diet of Ikaria?

Ikarians eat a variation of the Mediterranean diet , with lots of fruits and vegetables, whole grains, beans, potatoes and olive oil.

What do they eat for breakfast in Ikaria?

In terms of meals Ikarians typically have a late morning breakfast comprised of goat's milk, yogurt and or cheese, fruits, herbal tea or coffee, whole grain bread and local honey .

What vegetables do Ikarians eat?

Eggs are consumed in all five Blue Zones diets , where people eat them an average of two to four times per week. As with meat protein, the egg is a side dish, eaten alongside a larger portion of a whole-grain or other plant-based feature.

What is the healthiest island in the world?

Japan's Okinawa Island is home to more than 400 people who are over the age of 100. It is considered to be the healthiest place in the world, where the average life expectancy of an Okinawan woman is 86, and man's is 7

What place has the longest life expectancy?

Why do Okinawans live so long?

Not only do Okinawans live longer, but they age incredibly well. Many of the centenarians studied were lean, energetic and had low rates of chronic illnesses like heart disease and cancer. It's genetic. Studies show that the genetic makeup of Okinawans helps in preventing inflammatory and autoimmune diseases

Why is Greece life expectancy so high?

Greece has been traditionally counted among the top countries in terms of life expectancy, mainly due to the country's Mediterranean diet and the warm and sunny temperate climate